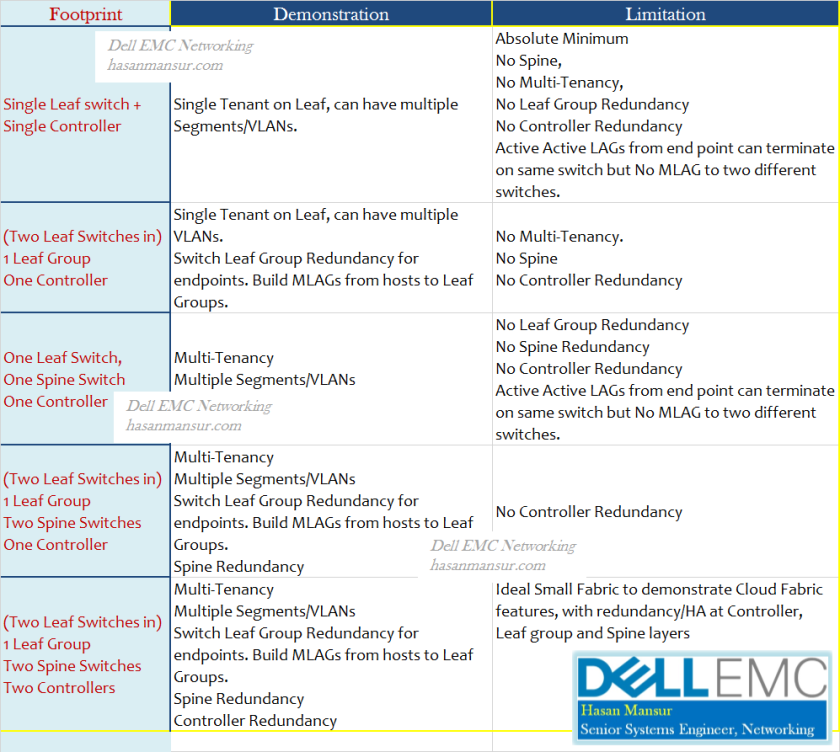 Before talking about the components, some quick observations on the Cloud Fabric Deployment considerations.

Often, BSN Cloud Fabric may be the first SDN venture for particular customers. In such cases, potential for a pay-as-you-grow model & small initial footprint would be an attractive  prospect. I usually spend some time discussing  the various options around a lightweight initial setup. A one year subscription model, complementing a pilot would give them the requisite confidence in the solution, with the peace of mind that the Open nature of the switches & subscription based licensing means they can re-purpose/redeploy the hardware with a different underlay/OS, if they are not satisfied in a year’s time. Additionally, it facilitates that pay-as-you-grow model which i will discuss later in this post, where the client can start small and add capacity/bandwidth over time.

That being said, I deem it unlikely anyone would walk away from BCF, once exposed to its strength of automation and intent based provisioning.

The following is the impact the various initial footprints impose.

For Production deployments, the following observations are useful:

Big Cloud Fabric Current Support extends to a number of Dell EMC Networking platforms. This is an evolving list, & by no means final. It should only be treated as representative.

The following are the different elements to consider when ordering the solution.