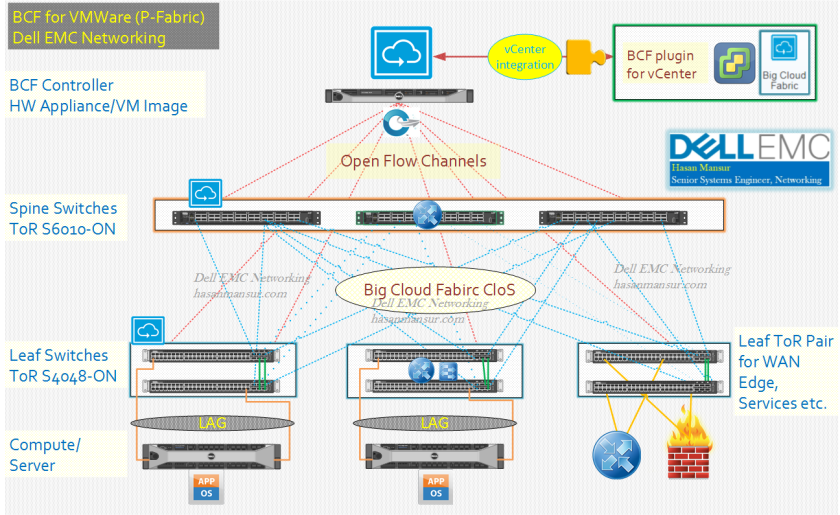 Big Cloud fabric achieves impressive automation as a fabric/underlay by itself. The GUI is a pleasure to drive – I have found the CLI to be even easier/quicker than the GUI for most operations. A lot of the traditional fabric tasks around uplinks, LAGs and fabric interconnects are automatically taken care of. for e.g. some of the automation possible with BCF, includes:

However, Once the integration with VMWare comes into play, there is a further layer of automation & visibility to supplement the above, for each of vSphere, vSAN and NSX. these include:

The integration with VMWare estates of vSphere, NSX and VSAN allows BCF to truly shine as the underlay of choice for the emerging workloads attributed to Software defined DC. BCF Streamlines Application Deployment by automating the physical network configuration for VMWare workloads.

So now, both the admins can obtain visibility and troubleshooting tools which penetrate into what has traditionally been a territorial remit for the other admin.

Multiple vCenters can be integrated into a single BCF, with each vCenter represented as a distinct tenant. A single vCenter integrating with multiple BCF PoDs is not supported.

will continue in part 2..